5 interesting places that need to be visited by May holidays

Ivano-Frankivsk region is very close to the Carpathian area, come here and enjoy interesting and unforgettable holidays. The resort in this area is often called environmental tourism. The beauty of the region, the beautiful mountains, around which thick forests spread out, wide valleys, the rapidly murmur rivers and the quiet lakes will give the charge of energy, and the high-mountain air will help clean the mind. Ivano-Frankivsk region is rich in attractions and is always ready to please their guests with delicious local cuisine. Our recommendations on the topic: "Where to go to the May holidays or the 5 most interesting places in which you are awaiting wonderful rest." The highest mountain in Ukraine - Goverla For adherents of active recreation, an excellent option for the May holidays will conquer the highest mountain in Ukraine - Goverlo, 2061m height. Once on the top of the mountain, you will feel the impulses of pure, drinking air, the fragrance of herbs and complete freedom. A person who first made the climb on Hoverla, will seem to be up to the clouds sailing nearby, he can touch his hand. And this is just a small part of sensations, so be sure to take advantage of the opportunity and lift to the top of the mountain. Like all these places, the mountain has its own legend in which it is narrated by its origin.
It tells about a young man named Prut, who returning home late at night, met the daughter of King Mountains - Hoverla.
At first glance, they fell in love with each other, but the king banned his daughter to meet with commoner. So that the guy did not find his beloved Hoverla, her cruel father decided to hide, namely, turned into a rock.
To argue your loved one, the young man had to have time to climb the top to the sun. Prut bravely rushed to save the girl, but unfortunately, did not have time to be in the right place until dawn. After a failed attempt to save Goverla, he sat down on the slope and cried. According to legend, a whole river flounced with his tears, which the locals called in his honor - Prut. So, since then, the mountain river river crutches on the slopes of the beautiful goverla.

Seven wonders of the center of Hutsul culture - Verkhovy The village of urban-type Verkhovina is the center of Hutsul culture, which is located in the picturesque area, along the Black Cheremos River. Having been in this edge, you will hear a lot of interesting legends from local residents. Beautiful landscapes, architectural and natural attractions will delight the human eye and warm up infinite fantasies. In this picturesque place of Ivano-Frankivsk region, you can admire the seven wonders of the Verkhovinov: Mount Pop Ivan Chernogorsky - Mountain for connoisseurs of historical structures with an interesting past, on top, which houses the highest building in Ukraine - Grand Stone Observatory. Scripture stone - the geological attraction of the Ukrainian Carpathians, a rock height of 1221 meters with historical and mysterious symbols. Lake Maricheka-Mountain Lake Incredible Beauty, surrounded by a dense fir forest.

Rocks Spitz formed as a result of long-standing glaciation. Stone embankments of natural origin with sight resemble the giant castle towers. The church of the Virgin of the Virgin in the village of Krivorivna is one of the oldest churches on Hutsulse, where the healing atmosphere reigns, and each of the people who entered it will find the inner peace. Canyon Dovbashevs Comorra-natural rock corridor, which among themselves local residents call "day". Rocks in the tract of the Ughorcial-fantastic place. This is an array of 4 huge cliffs in the middle of the forest.

Manyava Waterfall. Tale of eternal youth Manyava Waterfall is one of the best and most brightest places for the excursion. The waterfall is considered a hydrological monument of nature. It has the shape of the canyon, and the height of the water drop reaches about 20 meters. This amazing place was hidden from human eyes in a mountain gorge, among dense trees. According to the beliefs of local residents near the waterfall, you can hear the singing of the nymph, which lure everyone who risked to stay for the night. The mass of unforgettable impressions can be obtained from bathing at the foot of the Manyava Falls in a small lake, which, if you believe the legends of ancient ancestors able to rejuvenate anyone who will dare to swim in it. Also, there is a temple of the pagan gods, which were considered patrons of eternal youth.

Wax: Legend of Atonement Vorokhta is a famous health resort that attracts tourists incredibly beautiful mountain landscapes, miraculous climatic conditions and mineral sources. Here you can find a confusion, peace of mind and joy in life. In this high-altitude village, each era left behind the imprint on architecture and culture. Among the locals, there is a legend that a long time ago, a guy named Mikichnyak lived in the village of Mikichnyak. Once, during a quarrel with her father, young Gutsul snatched a gun, and by negligence shot his father.

Having been in deep despair, the guy was looking for a place where he could be alone and redeem the sin, which he committed. He found the place of peace and settled over the river, which was called a river with time. And now at this place is the village of Vorokhta. Historical Museum In a huge wooden building in two floors, 2 exposure and 3 exhibition halls are placed. The museum you can see weaving machines, traditional clothes, paintings, church books, wooden and clay products. In the historical and local history museum, you can not only see the variety of sights, but also to learn interesting details about Hutsul culture, try on a traditional outfit and make a couple of photographs for memory.
HOUSES WITH PLOTS
More details>>>
PLOTS
More details>>>
Construction in the Carpathians
More details>>>
For those who have not been to the Carpathians :)
Some houses and plots in the Carpathians
Below you can select options for houses and plots. There are options for old Hutsul houses, as well as new modern buildings for a comfortable life. In Kosovo, urban-type settlement Verkhovyna and Verkhovynsky district, Ivano-Frankivsk region
Wooden house in Iltsy village 44000 $

Подробнее>>>
Plot in the Carpathians in the village of Verkhovyna

Land in the Carpathians with a landscape view
Детальніше>>>

Land in the Carpathians, the village of Bystrets $ 19,500

Plot in the mountains with an area of 50 acres

View of the Montenegrin ridge, Verkhovyna and Iltsy. No neighbors! 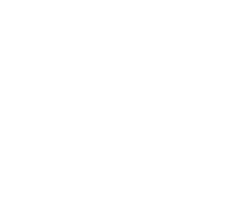